He (or she) sounds nice
In my time, I’ve experienced at least four kinds of ‘telepest.’ The artful, benevolent presenter: the caring telemarketer who attempts to mitigate their intrusion by qualifying their call with, “I’m not selling anything. This is only a courtesy call.” He or she is, in all likelihood, facilitating ‘lead generation’ (obtaining information from screened prospects who will be re-contacted by salespeople for generating orders). Mind you, there are cold callers whose job it is to gather statistical data from household consumers. Yeh, they’re not trying to sell me anything, but that only makes the interruption slightly less annoying and still just as intrusive.

What accent is that?
Then there’s the common interloper: the telemarketing salesperson who phones to prospect for potential customers and then promote or sell specific goods and services (at inconvenient times, offering unwanted products, and using humdrum parley). The telepest’s rationale is to sell or promote products and services, with minimal overheads, for maximum profit (no newsflash there).

Danger, danger Will Robinson!
Degenerating from pitiful contact to no human contact at all, i.e., the inhumane: Is there a more insensate form of cold calling than that of the pre-recorded sales pitch? The computer autodialler rings my home number; I answer only to be affronted by verbal spam. These heartless machines, talking at me and not with me (known as ‘robocalls’) are, to me, the most offensive; however, the most grievous caller is the scammer.

Mr Olea Ginous
Whereas a telemarketer may inconvenience me andtry to coerce me into buying something I wasn’t even looking for, or something of inferior quality; moreover, the scammer 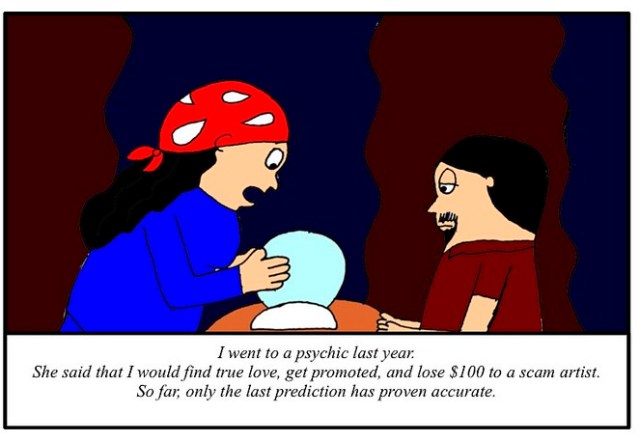 will seek to swindle me something with an exorbitant price—that never arrives.These calls (used to) instantly inflame the cringe-factor when I heard their alien voice pretending to be my helper or friend. Where is the wonder in the findings that have telemarketers ranked lowest in the 2011 Readers Digest poll for “Australia’s most trusted professions”? Professions in the poll that are more trusted than cold callers include politicians, car salesmen, real estate agents, and sex workers.

The Residential Résistance
The pervasive and impersonal approach of the telemarketing fraternity is one of the banes of our capitalist society, and it is here to stay. But the good news is that like asthma it can be effectively treated; you don’t have to suffer from it—in fact there is a coterie of people who actually like telemarketing calls (if you can believe it or not). They are the faceless, unsung heroes: the telepest vigilantes of the twenty-first century who use their lounge rooms as backdrops to the battlefield of the phones: with an ardent sense of residential patriotism they bunker in amongst sofa cushions, to wage war against telecommunication tyranny. They’re the anonymous, laid-back comedians who practice their repertoire of phone pranks for their own amusement at the telemarketer’s expense. If you want a piece of the action, grab a phone, slump into your lounge and blog this site.