What’ll they think of next?
The Australian public’s trust in call centres has not been bolstered by the telemarketing industry’s use of voice activity detection (VAD) technology, set by algorithms (beats me how it works, but using that term has me sounding smart—don’t you think?). TheseVADs used in conjunction with predictive diallers determine whether an answered call is a person or an answering machine. A VAD’s parameters enable it to distinguish between a real person’s brief and broken reply, e.g., “Hello [pause], hello [pause], Victoria here. Can I help you [pause]?” and an answering machine’s 5-15 seconds of continuous message. If VAD detects a person, the predictive dialler directs that call to a telemarketer. If VAD detects an answering machine, the predictive dialler terminates the call.

You can often sense when a VAD is in operation. Typically, you pick up the handset, say hello, and there is a connection-limbo of 2-5 seconds of silence. (This is the VAD crunching its algorithms.) Therefore, when you answer a call and hear that pregnant pause, it is more than likely that a telemarketer is about to be connected to your line. Whereas, if you pick up the handset and say nothing, the predictive dialler will most often disconnect the call after 5-10 seconds.

If it quacks like a duck but doesn’t look or waddle like a duck–it’s not a duck.
N.B: Sometimes you’ll pick up the phone; answer it in your velvety, dulcet tones, only to hear 2-3 seconds of silence before the call is rudely terminated. 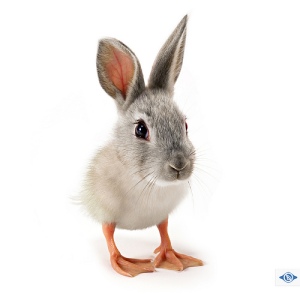 Now, when this happens don’t go getting all paranoid on me and questioning the undying faithfulness of your partner. On the occasions that this happens, i.e., a call is oddly cut off, don’t let such incidents invoke suspicions of foiled trysts. In the interests of saving a 20-year marriage or two-month relationship from collateral damage, I should warn you that if the predictive dialler makes, say, three answered calls and has only two telemarketers free—to take those calls, it will terminate one of the calls (these are referred to as a ‘silent’ calls; after being terminated it is referred to as an ‘abandoned’ call). In fact, some telemarketing guidelines recommend that the terminating of silent calls is to be done within two seconds of a silent call being detected. Anyway, it’s nice to think that my ramblings may either help someone to deal with telemarketers, or possibly save a marriage.

Till next time this is Jimmy Aring, feeling all warm and fuzzy.